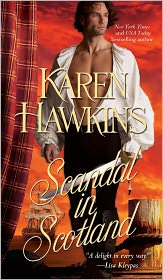 SCANDAL IN SCOTLAND by Karen Hawkins || Historical Romance
New York Times bestselling author Karen Hawkins spins an unforgettable tale of a captivating beauty with a secret, a dashing sea captain on a treacherous mission—and the priceless artifact that seals their destiny.
Despite fame and countless admirers, actress Marcail Beauchamp has never forgotten William Hurst, the audacious seafarer she once loved . . . and lost. Now, forced by a mysterious blackmailer who threatens her family, she must steal an ancient onyx box from the one man she’s vowed never to see again.
To save his brother from a ruthless abductor, William must deliver the artifact as ransom. He’s stunned when Marcail, more lovely than ever, suddenly appears on his ship. But when she drugs him and steals the box, his fury knows no bounds.

William pursues Marcail, but too late: she has already delivered the box. The estranged lovers realize they must work together—both to regain the artifact that could mean life or death to his family and to destroy the mysterious blackmailer’s power over her family. Thus begins a high-stakes quest through the reaches of Scotland, a quest that stirs up long-forgotten memories and an unquenchable passion. . . . 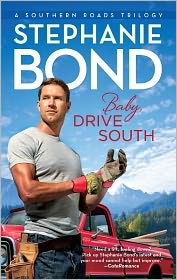 BABY, DRIVE SOUTH by Stephanie Bond || Contemporary Romance
The hardheaded Armstrong brothers are determined to rebuild their tornado-ravaged hometown in the Georgia mountains. They’ve got the means, they’ve got the manpower…what they need are women! So they place an ad in a northern newspaper and wait for the ladies to answer their call….
Porter, the youngest Armstrong, is all for importing women. Still, he’s so blown away by the sheer numbers, he falls off the water tower. Luckily there’s a doctor among the newcomers—sweet and sexy Dr. Nikki Salinger.

And Porter has every intention of checking out her bedside manner…. 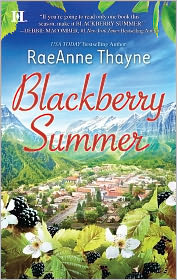 What she didn’t need was a tragic car accident. As a single mom and the owner of a successful bead shop, Claire leads a predictable life in Hope’s Crossing, Colorado. So what if she has no time for romance? At least, that’s what she tells herself, especially when her best friend’s sexy younger brother comes back to town as the new chief of police.

But when the accident forces Claire to slow down and lean on others—especially Riley McKnight—she realizes, for the first time, that things need to change. And not just in her own life. The accident—and the string of robberies committed by teenagers that led up to it—is a wake-up call to the people of Hope’s Crossing. The sense of community and togetherness had been lost during those tough years. But with a mysterious “Angel of Hope” working to inspire the town, Riley and Claire will find themselves opening up to love and other possibilities by the end of an extraordinary summer…. 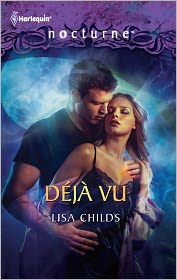 DEJA VU by Lisa Childs || Series Romance
One night, she felt the gifted hands of a handsome lover ignite her body into the throes of ecstasy. Another night, she beheld a gleaming knife and heard screams for help. That was all Alaina Paulsen remembered from her past life and the reason she now investigated FBI serial murders…including her own.
Reclusive writer Trent Baines was her prime suspect. An empath barricaded in a fortresslike home, Trent included details in his books that mirrored the murders…and that no one could possibly know. But one look at Trent, and Alaina recalled their passionate embraces. Then the murders began anew…. 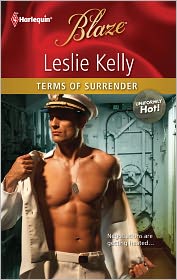 Danny Wilkes might have outgrown his risk-taking flyboy days, but he still loves a thrill now and then. And nobody’s thrilled him lately like fiery Mari Marshall. Sex with her is a bigger turn-on than any of the air maneuvers Danny’s ever pulled. He falls head over heels…hard.

But Mari has bitter memories of being a military brat. She’ll never enter that life again—not even for the best sex she’s ever had.

It’s a hell of a choice. Does Danny give up his skyrocketing career? Or let go of the only woman who revs his engine into the stratosphere? 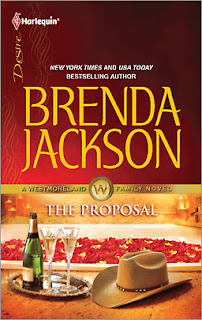 The moment he met Bella Bostwick, Jason Westmoreland wanted her—and the land she’d inherited. With one convenient proposal, he could have the Southern beauty in his bed and her birthright in his hands. If only Bella would say yes…. 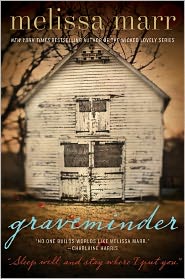 The New York Times bestselling author of the Wicked Lovely series delivers her first novel for adults, a story about the living, the dead, and a curse that binds them.

Rebekkah Barrow never forgot the tender attention her grandmother, Maylene, bestowed upon the dead of Claysville, the town where Bek spent her adolescence. There wasn’t a funeral that Maylene didn’t attend, and at each Rebekkah watched as Maylene performed the same unusual ritual: three sips from a small silver flask followed by the words “Sleep well, and stay where I put you.”

Now Maylene is dead and Bek must go back to the place–and the man–she left a decade ago. But what she soon discovers is that Maylene was murdered and that there was good reason for her odd traditions. It turns out that in placid Claysville, the worlds of the living and the dead are dangerously connected. Beneath the town lies a shadowy, lawless land ruled by the enigmatic Charles, aka Mr. D–a place from which the dead will return if their graves are not properly minded. Only the Graveminder, a Barrow woman, and the current Undertaker, Byron, can set things to right once the dead begin to walk. 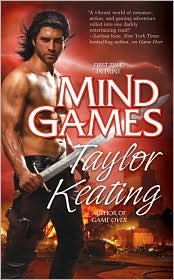 River Weston thinks her problems are over. She managed to escape the virtual world of her video game—and the clutches of the Dark Lord who attempted to enslave her—with body and mind intact. But her return to the real world is anything but easy. Framed for monstrous crimes she didn’t commit, and hunted by members of a dark government agency, it is all she can do to stay one step ahead of her pursuers.

Guardian Chase Hawkins gained his freedom from the Dark Lord’s prison, but it came with a heavy price. Trapped in another man’s body, his soul slowly deteriorating, Hawk knows he must return to his world—and his body—before the damage is irreparable.

Racing against time, River and Hawk know that in order to have a future together, they must work to reveal the secrets hidden in River’s past. 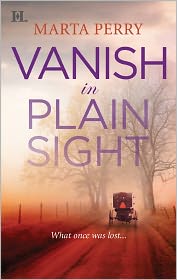 Since she was a little girl, Marisa Angelo has been haunted by the image of her mother walking away, suitcase in hand, to return to her Amish roots.

Marisa and her “Englischer” father never saw or heard from her again. Now Marisa has received a shocking call from police. Her mother’s bloodstained suitcase was found hidden inside the wall of a Pennsylvania Dutch farmhouse.

Desperate for answers, Marisa heads to Lancaster County. But no one—not the police or Marisa’s tight-lipped Amish relatives—can explain what happened to her mother.

Only one man is as determined as Marisa to unravel the mystery—Link Morgan, the handsome ex-military loner who found the suitcase in the house he inherited from his uncle. Now both Link’s and Marisa’s family members are implicated in the decades-old disappearance.

The secret lies somewhere in the quaint Amish settlement. But someone will do anything to ensure the truth remains hidden forever. 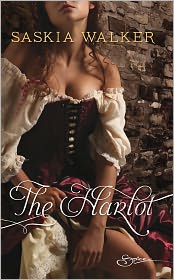 It is a dark era,

One when a lusty lass will do what she must to survive.  Even if it means bartering flesh for a palmful of coins…

Forced to watch her mother burn at the stake, Jessie Taskill knows the danger of the gift she inherited—a powerful magic that must stay hidden. Until one night when she’s accused of witchcraft and Jessie finds herself behind prison walls, awaiting certain death with a roguish priest unlike any man of the cloth she has known.

In reality, Gregor Ramsay is as far from holy as the devil himself, but his promise of freedom in return for her services may be her salvation. Locked into a dubious agreement, Jessie resents his plan to have her seduce and ruin his lifelong enemy. But toying with Gregor’s own lust for her is enjoyable, and she agrees to be his pawn while secretly intending to use him just as he is using her….