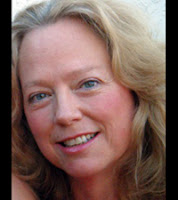 Freelance writer Dale Mayer lives in the beautiful Okanagan valley in British Columbia, Canada. She’s multi-pubbed in nonfiction but her true love is the stories that weave through her mind. For the past nine years, she’s written around the daily responsibilities of being a single mother of four and still squeezes in time to produce new fiction manuscripts each year.

In fiction, she writes taut psychological suspense with romance and paranormal elements. She has recently branched out into both mystery and urban fantasy books for young adult with the occasional vampire book thrown in just for fun.

Dale is here today with two releases in two different genres: romantic suspense and young adult.  She is providing excerpts from both as well as one Ebook of each as a giveaway to two random commentors.  Contest ends midnight 7/3/11.  So tell us which genre you prefer, what you liked best about one of the excerpts or ask Dale a question — any comment to qualify for the giveaways! 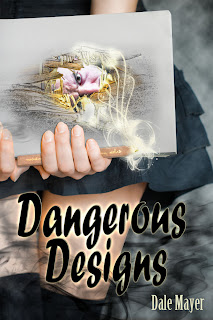 Drawing is her world…but when her new pencil comes alive, it’s his world too.

Her… Storey Dalton is seventeen and now boyfriendless after being dumped via Facebook. Drawing is her escape. It’s like as soon as she gets down one image, a dozen more are pressing in on her. Then she realizes her pictures are almost drawing themselves…or is it that her new pencil is alive?

Him… Eric Jordan is a new Ranger and the only son of the Councilman to his world. He’s crossed the veil between dimensions to retrieve a lost stylus. But Storey is already experimenting with her new pencil and what her drawings can do – like open portals.

It … The stylus is a soul-bound intelligence from Eric’s dimension on Earth and uses Storey’s unsuspecting mind to seek its way home, giving her an unbelievable power. She unwittingly opens a third dimension, one that held a dangerous predatory species banished from Eric’s world centuries ago, releasing these animals into both dimensions.

Them… Once in Eric’s homeland, Storey is blamed for the calamity sentenced to death. When she escapes, Eric is ordered to bring her back or face that same death penalty. With nothing to lose, can they work together across dimensions to save both their worlds?

When she couldn’t keep her eyes open any longer, she dropped the book to the floor beside her, clicked off the light and dropped into a deep sleep – a sleep full of weird dreams and voices calling to her.

Disturbed, she bolted upright gasping for breath as she stared wildly around the room. Who said that?

No one. She was alone – and clearly losing it. Her heart banged in her chest as a film of sweat covered her skin. She took several deep breaths and tried to calm down. Talk about nightmares.
She shuddered and lay back down. It took several minutes to get her breathing under control and when it did, she started to get pissed.

“What the hell do you want with me?” she snapped in the direction of her backpack, the drawing safely secured inside. “Crap. This is too freaky, even for me.”

Her mother knocked on the door and poked her head around, the light from the hallway lighting the silver streaks in her otherwise dark hair. “Can’t you sleep?”

“Sorry, if I woke you, Mom.” Storey sat up, brushing her own jet black hair back off her face. “Just a bad dream.”

“That’s because you didn’t have any dinner. I checked up on you after the meeting finished only you’d fallen asleep.” Her mother’s fingers twisted around a dangling lock of dark hair, stepping further into the room, her Wiccan robes dragging on the floor. She bit her lip. “Storey, you have to eat. You’re already skinny enough.”

Bone rack is what a jock had called her last month. Looking down, Storey realized they could be right. Her hip bones stuck out to match her big elbows. And her body had developed to the point she just barely missed the skinny scarecrow look. Too bad. She might have been able to make that work.
“I’m eating, Mom. They had pizza in class today, so didn’t need my lunch. Ate that on the way home.” She had more important things to worry about anyway.

Relief washed over her mom’s pretty face. “Oh, I’m so glad to hear that. Sometimes, I worry about you.”
Sometimes? Didn’t she mean all the time? Was that was normal for moms? Then again, there was a world of difference between normal moms and hers.

“What time is it?” Storey looked out the window. Blackness stared back.

“It’s just about 12:30 am. Please get into your pajamas. You don’t want to be sleeping in those jeans.” She backed up to the open door. “If you’re alright, I’ll say good night. It is witching hour after all.” With a carefree grin, her mom closed the door.

Witching hour. Right. Only in her house. Sighing at her mother’s antics, Storey collapsed down on her covers and fell into a light, troubled sleep.

No answer. She sat up and glanced at the closed door. Weird. She could’ve sworn she’d heard someone call her. Lying down again, she pulled her blankets over top, not bothering to get changed.

She bolted upright. That’s it. Who the hell was playing games with her?

Throwing back the blankets, Storey kneeled on her bed. “Who said that?” she hissed into the early morning air. Not trusting the gloomy light, she flicked her bedside lamp on, quickly scanning the room. Empty. “I am so losing it. This is nuts.”

Her gaze landed on the backpack on her floor. Her gaze widened. Oh no.

‘No, no. Hell no.” She shook her head, slowly at first then more wildly. “This can’t be happening. It’s a picture. Nothing more. Nothing less. I created you. I can destroy you.”

That’s exactly what she was going to do. She dragged the backpack onto her bed and opened it. The knot defied her first and second attempts, before she managed to pull the laces apart and yank out her book. “I don’t know what’s going on here, but enough is enough.”

She flipped to the last page she’d been working on and grabbed it at the top left and ripped. It wouldn’t tear off. She tightened her grip and tried again. It refused to budge. Scared now, she threw it on the floor and in a fit of defiance, she jumped on it.

She went right through the doorway in her picture. 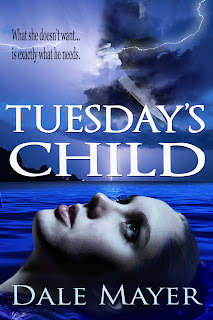 What she doesn’t want…is exactly what he needs.

Shunned and ridiculed all her life for something she can’t control, Samantha Blair hides her psychic abilities and lives on the fringes of society. Against her will, however, she’s tapped into a killer—or rather, his victims. Each woman’s murder, blow-by-blow, ravages her mind until their death releases her back to her body. Sam knows she must go to the authorities, but will the rugged, no-nonsense detective in charge of tracking down the killer believe her?

Detective Brandt Sutherland only trusts hard evidence, yet Sam’s visions offer clues he needs to catch a killer. The more he learns about her incredible abilities, however, the clearer it becomes that Sam’s visions have put her in the killer’s line of fire. Now Brandt must save her from something he cannot see or understand…and risk losing his heart in the process.

As danger and desire collide, passion raises the stakes in a game Sam and Brandt don’t dare lose.

“It’s okay, boy. It’s just me. I’ll be taking care of you. Give you food, fresh water, and friendship. The things that help us get along in life.” Although she kept her voice quiet, warm, and even toned, the growl remained the same.

She couldn’t blame him.

He might be able to get along without friendships, but she wanted them. She’d never had that elusive element that others took for granted.

Sam approached the dog’s cage with care. According to his chart, he’d had surgery to repair internal bleeding and to set a shattered leg. On top of that, he’d suffered several broken ribs, a dislocated collarbone and was missing a huge patch of skin on both hindquarters. Written in red and circled were the words – aggressive and dangerous. The growling stopped.

Sam squatted down to stare into his eyes. The dog should have a name. He didn’t give a damn. But a name gave the dog a presence, an existence…an identity.

“How about…” she thought for a long moment. “I know, how about we call you Major?”

The dog exploded into snarls and hideous barking, his ears flattened, and absolute hate filled his eyes.

“Jesus!” Sam skittered to the far corner of the room–her hand to her chest–sure her heart would break free.

“Is everything okay back here?”

Sam turned in surprise to see one of the vets standing behind her, frowning. “Sorry,” she yelled over the din of the other animals that had picked up the shepherd’s fear. She waited for the animals to calm down before continuing. “I’d thought of a brilliant name for the shepherd, but from his reaction, I think he hates it.”

The vet walked over and bent down to assess his patient. “It could have been your tone of voice or the inflection in the way you said the name.
He’d been abused even before this accident.” After a thoughtful pause, he added, “I’m not sure, but it might have been kinder to have put him down.”

“No.” Sam stared at him in horror. “Don’t say that. He’ll come around.” At his doubtful look, she continued, “I know he will. Give him a chance.”

That she seemed to be asking the vet to give her a chance hung heavy in the room, but she didn’t think he understood that.

He stared at her, shrewdness and wisdom in his eyes.

Then again, maybe she’d misjudged him. She shifted, uneasy under the intense gaze.

“We’ll see. We’ll have lots of opportunity to assess his progress as he recuperates.”

Sam had to be satisfied with that. She knew the dog was worth saving and so, damn it, was she. Her salvation and that of the dog’s were tied together in some unfathomable way. She could sense it. She’d fight tooth and nail to keep him safe.

In so doing, maybe she could save herself.