>Theresa Romain and I met recently, in the last several months, when I discovered we are both agented by the fabulous Paige Wheeler and both edited by the amazing Alicia Condon!

I’m thrilled to have met up with Theresa – she is as sweet as they come! And today we’re celebrating her debut Regency historical romance, SEASON FOR TEMPTATION with an interview and a giveaway of 2 copies of her debut plus 5 custom bookmarks! 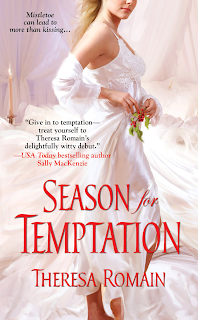 Julia Herington is overjoyed when her stepsister, Louisa, becomes engaged–to a viscount, no less. Louisa’s only hesitation is living a life under the ton’s critical gaze. But with his wry wit and unconventional ideas, Julia feels James is perfect for Louisa. She can only hope to find a man like him for herself. Exactly like him, in fact. . .

As the new Viscount Matheson, James wished to marry quickly and secure his title. Kind, intelligent Louisa seemed a suitable bride. . .until he met her stepsister. Julia is impetuous–and irresistible. Pledged to one sister, yet captivated by another, what is he to do? As Christmas and the whirl of the London season approach, James may be caught in a most scandalous conundrum, one that only true love, a bit of spiritous punch–and a twist of fate–will solve. . .

Now an interview with Theresa:

Theresa, tell us about your new release.

SEASON FOR TEMPTATION is a light-hearted smart-mouthed Regency-set historical romance. With a delicious cream filling!

Our hero, James, deals with a family scandal by making an engagement of convenience, then falls in love with his fiancée’s stepsister/closest friend, Julia. Meanwhile, his fiancée has a change of heart. Also meanwhile, there is strong pressure from both families to marry soon, and well. Before James and Julia sort out their difficulties, many strange foods are eaten, several unusual costumes are worn, and a few uncomfortable truths come to light.

What was the hardest part of this book to write and why?

The love triangle was by far the most difficult aspect, because it was very important to me that all three people involved act with good intentions. James and his fiancée, Louisa, are engaged out of duty to their families, just as James and Julia deny their growing feelings out of a similar sense of duty. To me, there’s nothing sexy about infidelity, and I didn’t want any of my characters to cross that line.

How do you develop your plots and characters? Do you use any set formula?

I wish! I usually get a germ of an idea—in the case of SEASON FOR TEMPTATION, it was something along the lines of “what if one sister fell in love with another sister’s fiancé?” And then: “what if the sisters loved each other deeply, so there were no villains in the love triangle?” I thought it would be interesting to see what happened. I guess that’s as close to a formula as I get: “what if?” and “then what?”

The next step is writing the first three chapters and a synopsis. That takes me much longer than any other stage of the book, because I’m figuring out the characters and the specifics of the plot. The details of the plot often change as I write the rest of the book—I might shift the order of events, collapse some, add others—but the synopsis is sort of like having the framework of a building. Maybe you’ll change the color of the bricks (or whatever), but once the steel struts are up, you know pretty much what it’ll look like when done. 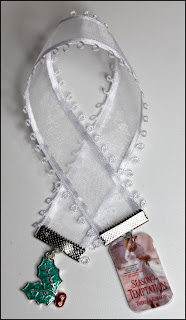 What tools do you feel are must-haves for writers?

Time, discipline, and a computer (or a legal pad). Of those, I’d say discipline is the most important. If you have discipline, you’ll find the time. Heck, maybe you’ll even find the computer. (Note: I do not recommend theft.)

But usually, when I’m not writing (or working at my other job—I’m a freelance health editor), I am:

We don’t have to talk about how *well* I do those things, do we? I’m hardly a domestic goddess. I’m hardly even a domestic mortal.

Are you usually late, early, or right on time?

Me, on my own? I’m usually within five to zero minutes early. If I’m with Mr. R, we’ll probably be about 10 minutes late. Sorry.

What’s in your TBR pile?

Let’s stick with the mini-TBR pile on my nightstand, because the full TBR is, um, really big. I read several books at once, so here’s what I’ve got going now:

I just started reading Malcolm Gladwell’s Outliers, recommended to me by my brother. And I’m glad he did, because it’s a really fascinating analysis of factors contributing to success. (If that sounds boring to you, then I didn’t describe it well enough.)

I’m also reading Rose Lerner’s A Lily among Thorns—gah, she’s a fantastic, fantastic writer. I just love the way she uses language. Also in the “read me tonight!” stack are Kieran Kramer’s If You Give a Girl a Viscount (so clever and funny) and Victoria Dahl’s Real Men Will (I haven’t started this one yet, but I’ve heard it’s most excellently naughty).

In February 2012, a certain novel called Fever by a certain author named Joan Swan will be placed on the nightstand, and the cover will be ogled repeatedly whenever I’m not reading it.

Ok, I love that you asked this question, and the answer is yes. My father loves ornithology, and I grew up reading his Roger Tory Peterson field guides (I’m not kidding, I really did). So I know that snipes are real. Though if you don’t live anywhere near water, which is where the real snipes hang out, then a snipe hunt is still a Big Giant Trick that you can have lots of fun with.

I’m working on a sequel to SEASON FOR TEMPTATION! It will be released by Kensington Zebra in October 2012 as SEASON FOR SURRENDER. It’ll have a holiday setting and, I have no doubt, a gorgeous cover.

Leave a comment or ask Theresa a question to enter the giveaway for
2 copies of her debut and 5 custom bookmarks!
International.
**MUST** leave a contact email to win! 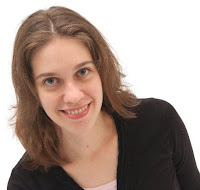 Theresa Romain holds degrees in psychology, English literature, and history, an impractical education that allowed her to read everything she could get her hands on. She has worked, interned, and translated for libraries and universities, all of which fed her love of books and her fascination with the past. She lives with her family in the Midwest and lives online at http://theresaromain.com. You can also find her on Facebook and Twitter.