My first post is about evil people:
*****
Mom Indicted for Selling Daughter
Girl Taken to Mexico
[Source]
A 37 year old woman was indicted Monday on charges that she sold her teenage daughter for $3000. 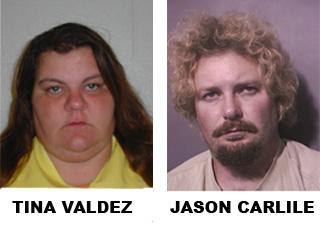 Tina Valdez is accused of selling the 15 year old girl to a man last August. At first, Valdez told authorities in Archer County that her daughter had run away. She even gave police a note that she said her 15 year old daughter had written about going to look for her father.
But investigators say Valdez admitted last month that she sold the girl to 35 year old Jason Carlile who took her to Mexico.
So what kind of man would even think of the idea of offering money for a child? In this case, it is the same kind of man who has a past that involves charges of indecency with a child and possession of child pornography. It is rather obvious that his primary motiviation behind “purchasing” this 15-year-old girl was to use her as a sexual slave. He absconded with her to Mexico to lose himself in that country, most probably thinking U.S. law enforcement would not search for her for long. Luckily for her, there were dedicated officers who never stopped trying to find her.
Valdez and Jason Carlile are now in prison, in Texas, indicted on charges of purchase or sale of a child, a third-degree felony.
The girl is back in Texas and has been placed in foster care.
*****
My oldest daughter turns 15 – TODAY. I can’t even imagine…
Posted in Believe It Or Not

2 Responses to Believe It Or Not