(Yes, that is green you see glowing in my eyes. What? Didn’t I mention I demon-shift when I’m jealous? That is Elisabeth’s fault…but we’re not going there. This is JOYCE’s day!)

Joyce is giving away a copy of TRUE SHOT, TRUE COLORS, TRUE VISION
and five custom handmade bookmarks today, so comment to win! 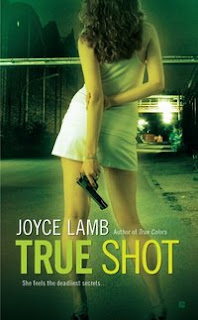 Special FBI operative Samantha Trudeau’s unique psychic abilities help her catch the most elusive criminals. They also put her in the path of a sadistic adversary when she discovers she’s actually working for a rogue cell-and into the confidence of a handsome journalist with his own potentially dangerous secrets.

Buy this at:
Barnes & Noble || Amazon

Joyce, how do you develop your plots and characters? Do you use any set formula?

Hi, Joan! Thanks a bunch for having me today!

As for how I develop my plots and characters: I pretty much start with a “what if?” question (every writer’s favorite question!). What if a female government spy and a sweet but hunky civilian ended up on the run together? What if the spy somehow lost her memory and it was up to the untrained civilian to get her to safety while holding off some unrelenting bad guys? Then I build from there.

The characters most often come from the plot — how would a certain kind of character respond in my “what if?” scenario. Of course, once I start writing, the characters become fully formed and start messing with all my plans. Grrr. While that can be frustrating, it’s mostly just really cool, because that means the characters are three-dimensional enough to exert their influence on the story. And, oh my, does that sound completely crazy?

My books would make really fun action adventure movies. I love action adventure movies, but most of the time I end up disappointed in the lack of character development and relationship-building. That’s what’s awesome about writing novels — the medium gives a writer the time and space to fully develop a meaningful relationship between the characters — and with the reader. True Shot in particular could become the coolest television show, because there’s a ton of potential for episodic stories, sort of like Alias (secret government spies) crossed with The Dead Zone (psychic who experiences other people’s memories).

What would you write if you could write anything you wanted to write?

I would write exactly what I’m writing. I love romantic suspense, and adding the paranormal psychic angle opened up a new world where I make the rules — or subvert them if I want to. Though I will admit that it’s crossed my mind that I would love to write for television. In fact, if I got to choose, I’d love to write for The Good Wife. Such a great show!

What I most like is the therapy. Go ahead and laugh. But, seriously, if I didn’t write stories where the bad guy gets what’s coming to him and the good guys win and the important people live happily ever after, I’d be spending a boatload of cash on therapy. I worked out some major frustration with my “day job” as a journalist through the first True, True Vision. In that, Charlie (the heroine) fights her newspaper’s tendency to look past the misdeeds of a big advertiser in order to protect revenue. Her actions aren’t without consequences, but the therapeutic part for me is that I got to spout my opinion about the role of newspapers in keeping the Powers That Be honest. Media in general doesn’t do that all that well anymore, and as someone who’s dedicated her life to seeking out the truth … well, it’s frustrating. So that side of Charlie most definitely represents a part of me that has needed to work out some issues.

What I least like about writing: The time I spend holed up by myself, falling behind on what’s going on with my family and friends. Writing is rewarding, but it’s a solitary activity, and since I have a day job, I have to use much of the time I’d have for a social life glued to my laptop.

Just this past weekend, I did a booksigning with Nora Roberts. It was awesome! Not just because I was sitting a few feet away from Nora Roberts, though that was pretty cool, but because I also was in the midst of a couple of hundred devoted romance novel fans. It was truly inspiring seeing their enthusiasm for Nora and her books. And, heck, when it turned out a couple of them were there to see me, well, that was amazing.

Which is your favorite of the books you have written?

Most definitely True Shot. It’s fast-paced, has lots of action and the hero, Mac, is to die for. I flipped the hero and heroine in this one, so the hero (Mac) is the somewhat naïve civilian and the heroine (Sam) is the kick-butt government spy. But even though she’s endlessly competent and can handle a gun, she still ends up needing him to help her. I love it when super-strong characters have to admit they need assistance — and I love it in True Shot when mostly passive Mac gets majorly alpha when Sam is threatened.

What would you say is your biggest writing quirk?

My biggest quirk is probably … in order to write the super hot love scenes that I write, I sometimes need a glass of wine first. I definitely need to get loosened up before I can get down and … dirty. 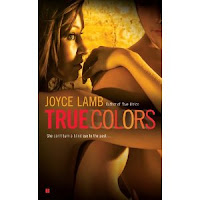 Sleep. : ) I’m also hopelessly devoted to my TV. I’m constantly on the lookout for a show that surprises me, like Buffy the Vampire Slayer did back when it was on. Right now, I think that show is Revenge. The multilayered characters and twisty-turny plot keep me guessing — which is tough to do to a writer. I’m the one who leans over in the movie theater and tells the friend next to me what’s going to happen next. That usually earns me a punch in the arm, but I just can’t help myself. I see stuff coming! But TV shows that keep me guessing rock my world: Right now, those would be The Good Wife, Justified, Haven and The Closer. I haven’t checked out Once Upon a Time yet, but I’ve heard good things about it.

One of my current projects is True Shot, which comes out today. It’s the third in my True trilogy (True-logy!) about three sisters with unique psychic abilities. True Shot is Sam’s story, who ran away from home at 18 and got into some La Femme Nikita-like trouble that landed her in a secret government agency as a psychic spy. She’s always wanted to go home, to go back to her family, but she can’t without endangering the people she loves. When she learns the government agency she works for has gone rogue, she flees. Enter Mac, a journalist on vacation trying to get his head together after some bad stuff happened to him. He runs into Sam when she’s at her most vulnerable and in desperate need of help. Being the good guy he is, he goes above and beyond to help her out, which just leads to more trouble for them both.

I love these two together — Mac is funny and sarcastic, while Sam is deadly serious. Even when the stakes are at their highest, Mac is dealing with the situation with humor — because that’s the only weapon he knows how to use. Mac and Sam are the perfect foils for each other. 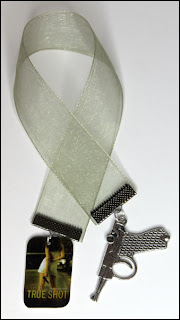 My other current baby isn’t actually a book. It’s my romance novels blog at USA Today, Happy Ever After. HEA launched in October and has been a total blast. HEA is all about celebrating romance novels, the readers who read them and the writers who write them. I’m lucky enough to be in the unique position of working for a major media outlet and also being a romance novelist. I wanted to somehow blend my two professions, so when I got the idea for a blog about romance novels, I took it to the Powers That Be, and HEA was born (thank you, PTBs!). I love, love, LOVE being able to give positive, smart attention to romance novels, readers and writers. Few media types really understand what we do and why we love reading/writing romance. I get it because I’m a part of it — which means the major media coverage that the romance industry gets through HEA is from an insider point of view, someone who gets it and who doesn’t look down on it as hokum (love that word!). I hope you’ll get a chance to stop by HEA and check it out! We’re at happyeverafter.usatoday.com. And, hey, maybe you’ll want to follow HEA on Twitter: @HEAusatoday.

You can find info about my books and me at JoyceWrites.com. I certainly wouldn’t be offended if you wanted to “like” me on Facebook, at facebook.com/authorjoycelamb. And you can follow me on Twitter: @JoyceLamb.

Thanks so much for having me, Joan! And I can’t WAIT for Fever to come out!

Tell us, is there a TV show that constantly surprises you?
Give your opinion to enter the giveaway + lots of other options below! 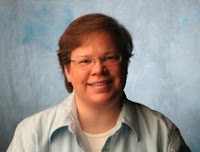 The day Joyce sold her first novel, Relative Strangers (now available as a 99-cent e-book), she almost hung up on her agent’s assistant, thinking she was a telemarketer. See, she’d given up on getting published and had decided to learn how to play the piano. Apparently, the universe was not impressed by her (in)ability to tickle the ivories.

Her second novel, Caught in the Act (now available as a 99-cent e-book), was a 2004 RITA finalist in the romantic suspense category. Nora Roberts won that year. It was truly an honor just to be nominated!

True Vision, the first in her True trilogy, won a Daphne du Maurier Award for Excellence in single title romantic suspense from the Kiss of Death chapter of RWA. True Vision was also awarded the HOLT Medallion for Best Book by a Virginia Author from the Virginia Romance Writers.

Besides writing, she loves to play tennis and board games and hang out with friends. Her guilty pleasures include The Real Housewives of New York, Project Runway and So You Think You Can Dance. She doesn’t have time to be ashamed.