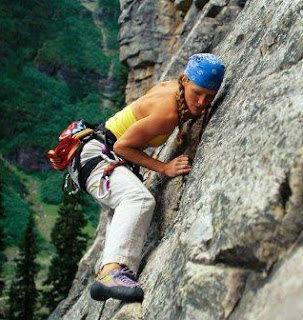 After I’d been writing a while, maybe a year, I had a hard time reading because everything I read was so good. I was past the honeymoon period and had come to realize not just how much work and talent was involved in writing, but how much of that talent I lacked.

I was in the deep bend of my learning curve, struggling to get that grand vision in my head down to my fingertips. I found myself reading a book thinking, oh, my God. How do they do that? Where did they come up with that? How did they learn to write like that? And my Eeyore syndrome would peak: I’ll never get there. That’s just not me.

But the compulsive part of me pressed on. I wrote, I learned, I read. I took courses, attended conferences, and read some more. And, of course, I wrote and rewrote.

I got better — almost impossible not to do when you work at something so damn hard and actually take the advice given you from those talented people in your writing world.

I started reading again with a fresh perspective. Oh, I like that. They did that well. I can do that, too. I’ll just tweak it and do it in my own way, to fit my voice and my story. And I continued to get better. I broke some temporary ceilings in my writing, took that laboring next step.

Then I found myself at a stage where when I read, I find one of three categories of writer:

It’s the second category of published author that gets under my skin the most. I can’t figure out the “why” of it. Why them and not me or my critique partner or that other writer I know whose work I’ve read and that is so much better than what I pull off the store shelf? I know a lot of good, even awesome writers who struggle day in and day out to get published and continually garner rejection letters. And I can say that I think I’m one of them without the intention of conveying conceit. I’ve worked my ass off to learn the craft, dedicated myself and sacrificed other things in my life to get there.

Robert Gregory Browne just released his debut novel Kiss Her Goodbye and recently taught a seminar at the San Diego Writer’s Conference. On his blog he said:

“Later that day I did something else I’ve never done: ran a “read and critique” workshop in which participants read a portion of their work in progress then sat quietly while the rest of us critiqued the work. It was a wonderful hour and a half and I can say without hesitation that the participants were all talented writers. I was, in fact, amazed by the quality of the writing. As I listened I kept thinking, why don’t these people have book deals?”

It was nice to know I wasn’t alone in my thinking.

When I get really frustrated and discouraged with this whole industry, I remember what Randy Ingermanson describes as writing stages: Freshman, Sophmore, Junior and Senior. Based on his descriptions (and of course my own evaluation of my writing) I judged myself to be a Senior. He’s what keeps me sane (for the moment anyway):

Seniors are those few who are ripe to graduate. A Senior is writing excellent stuff. Explosive. Powerful. Moving. But still unpublished. Seniors are worried sick that those mean editors are never going to notice them, that they’ll be submitting proposals forever. Seniors don’t realize that the editors are watching them, hoping to see the perfect proposal that can make it past the committee. Seniors are closer than they think. There is nothing worse than being a Senior. There is nothing better than being a Senior on that magical wonderful stupendous day when your son is busy ironing the cat, rain is leaking through the hole in the roof that you could swear you patched with toothpaste just a week ago, and the phone rings. It’s one of those cranky editors you sent that proposal to last year and . . . she wants to buy your book!

What stage to you think you’re in? And how do you keep going in the face of the it’s-never-going-to-happen monster?