>They’ve been on my mind lately as I saw Mr. Brooks the other day and then listened to Ann Rule’s book The Stranger Beside Me which talks about her friendship with Ted Bundy. 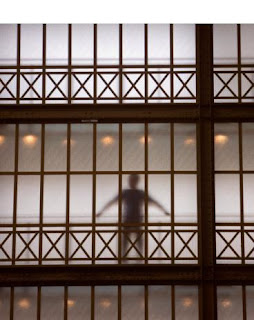 For example, the psychopath Mr. Brooks (good movie btw) clearly experiences emotion over his fear for his daughter when he believes he’s passed his “illness” onto her. He obviously feels a great deal of love for both his wife and daughter. Yet, he experiences no emotion when murdering someone. In fact, he gets a supreme rush from it.

So, I guess what I can’t get a grasp on when it comes to psychopaths, is the complex levels of emotion (or lack of emotion) they can encompass.

I was disappointed with Ann Rule’s book. After seeing Mr. Brooks and having my curiosity peaked again, I thought I’d found a window by which I could further understand the psychopathic mind. But what I got was a time line. An account of the murders and of the police investigation around the murders…no insight into Ted Bundy’s mind. Sure, I could infer ideas and possibilities from the occurrences, but I don’t want to infer. I want someone who is education and knowledgeable on the facts to describe and explain.

And before you make the suggestion, I’ve read several books on the subject, including Hare’s The Disturbing World of Psychopaths Among Us (GREAT book). But I might try The Sociopath Next Door — I’d heard that was good, too.

Any comments on psychopaths or sociopaths?