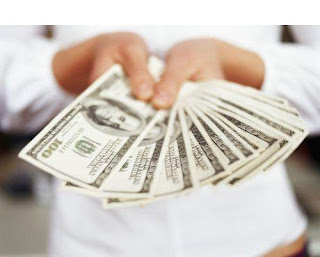 I was browing the most recent Lunch delux from Publishers Weekly. I always like to see what things are selling, to whom, by whom and of course, how much they’re going for.

For those of you who don’t subscribe to PW or get their free Lunch every Tuesday, they break down the reported sales figures by $ amount. Here’s the scale:

I, personally, think its a little screwed up. I think the “good” and “nice” should be switched — to me, a “nice” deal sounds better (like bigger bucks) than a “good” deal.

But…that’s beside the point.

As I’m scanning through romance and then general fiction, I see a lot of “nice deal”s. A “very nice deal” or two.

Sarah Rees Brennan’s debut urban fantasy trilogy starting with THE DEMON’S LEXICON, about two brothers hunted throughout England by a powerful magician’s circle after their mother steals a charm and when the eldest is marked by a demon, the younger uses swords and dark arts in an effort to save him but unwittingly uncovers the darkest of secrets, to Karen Wojtyla at Margaret K. McElderry Books, in a major deal, at auction, by Kristin Nelson at Nelson Literary Agency (world English).

The key words in here are DEBUT and MAJOR DEAL.

Translated that is her FIRST BOOK sold for over HALF A MILLION DOLLARS.

Wow. That kind of thing just leaves me gapping. All kinds of things flip through my mind–God, she’s lucky. Man, that had to be one frigging amazing book. What–they think they found the next Harry Potter series? She’s got to be excited out of her skin. Oh, but, man, how do you top that? How do you earn out that advance?

I can’t even begin to imagine the whirlwind of emotions involved.

And here I am trying to knock out those words everyday, which leads me to today’s word count: 1216.
Posted in Major book deal, young adult fiction