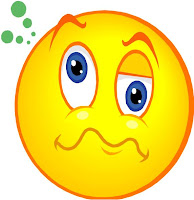 I guess I think it’s strange (or rather funny-strange) because I’m a pretty easy-going, difficult to offend, live-and-let-live sort of person. Obviously there are many who aren’t…

Anyway, as you know (via my submission watch) I’ve been submitting to agents–a manuscript that I’ve never sent out.

Today I get an envelope with my familiar sticker (the one I put on my SASEs) and read the return address — one of the higher tiered agents. Oh, dang, I thought — another R. (Cause we all know if they really wanted to read the ms, they’d email or call.) But I open it and it’s the first page of my manuscript with the first word circled and a handwritten note.

Okay, so these are the first few lines of my ms:

Reflectors rumbled beneath the tires and jolted Cassandra Christo out of her road trance. With a quick turn of her wrist, she realigned the BMW coupe into the middle of the lane.

Cassie exhaled a shaky breath, peeled her shoulder from the seat and lowered the window…

The agent circled, “Jesus!” And wrote: A lot of editors/readers are Christians–it’s best not to offend the reader audience. Choose a different curse word then resubmit.
Resubmit? Wow, she must have liked the writing to ask me to resubmit after I’d offended her. And, yes, I know I offended her because after thinking about it, I remember reading that this particular editor is quite religious. But, heck, honestly, if that bothered her…I venture to say the rest of my work will really tweak her.

Still, she has a good point. Just because I’m so easy-going and not-easily offended doesn’t mean others aren’t–regardless of whether I was being careless (which I wasn’t) or just ignorant (which I was).

I was raised Catholic, I have (what I consider) a very strong spiritual relationship with God. I don’t know how or why I compartmentalize, but I don’t believe that those elements of my writing make me a bad person or even a bad “follower”. It’s just fiction.
But my previous agent wanted me to cut out some references to God in dialogue (not necessarily used in a negative way) because she said that a lot of people have strong feelings about God one way or the other and it’s safer just to leave it out.

I was okay with that. But now, I’m writing another book where both my characters have a certain level of spirituality lingering from their childhood and I want to bring that into the story, but I’ve been putting it off because I don’t want to offend. Another issue I’ve been tip-toeing around in this book is racism–white/Hispanic. Again, do I bring it out so it fits the characters, or do I push it to the background so I don’t offend?

I don’t know the answer. But I have decided to write this ms with the deepest characters possible, which means including both the religion and the racism. Hope it doesn’t backfire on me.