>It’s All in the Perspective 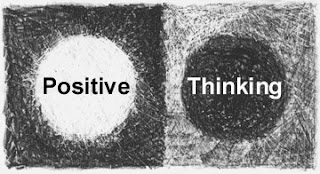 You’ve heard it a million times–half full or half-empty? Eeyore or Tigger?

I’m working on a transition, spending more time in a Tigger state of mind than in an Eeyore state of mind. It’s tough. Eeyore has been ingrained in me all my life, and he doesn’t like being in a cage while Tigger bounces around outside the bars blowing rasperries at him.

So after forty years of seeing the glass half-empty, I’m trying to take a new perspective and see it has half-full.

I ran across this article with it’s gleaming little gems and wanted to share with other Tigger-challenged writers out there.

“Take the dreaded synopsis for example. How many of us have heard it called
such a thing? The word “dreaded” conjures up images of torture and pain,
something that is difficult or impossible to accomplish. Before I even began to write my first synopsis, I expected it to be horrible. Dreaded. And with these expectations, it was rather dreadful. “

“Another example is the “sagging middle”. When I started my first book I looked to that middle with trepidation. I was terrified. I studied cures to fix the certainty of my sagging middle. I can’t really remember the middle in that first book or whether or not it was particularly difficult or saggy, but I’ve written enough now to know that the middle is actually my favorite part. “

What’s your favorite (or least favorite as the case may be) “saying” regarding your writing?

Robyn goes on to echo one of my own firm beliefs when she says:

“I’m a firm believer in embracing your own way to write, but I am also a firm believer in growth and education. I think writers who live their lives by “I cant’s”, “I onlys”, or “I nevers” do themselves an injustice. You never know what will or won’t work for you until you try. Try something before you make an opinion about it, and don’t allow another person’s experiences color your own. Keep an open mind – a mind willing and ready to learn. Make your own decisions about things like synopses and middles; the last thing you need is to question your ability because things aren’t like they’re “supposed” to be.”

Thanks for the reminder, Robyn!