You know I’ve gone back to work full time…plus call. Hence the screeching halt to my blogging. I haven’t been writing, so I stopped blogging — guess I figured if I wasn’t talking about writing, I shouldn’t talk about anything.
But I’ve decided to shift gears a bit and merge my overwhelming working life with my flailing writing life and my haggard personal life. And since hardly anyone reads my blog (except for the really important people in the universe–that being YOU), I figured I had free licence to make the change. 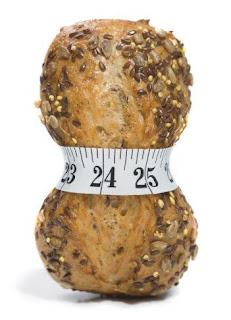 And since we’re talking about change, I’ll talk about the biggest change I’ve made since I started working again — today I embarked on the South Beach Diet.
I didn’t start it for myself even though I do have plans to lose a few pounds before Nationals in July (just like 80% of the other 3000 women attending), I’m more of a Weight Watchers girl as I lost 20 pounds with WW last year and kept it off.
Unfortunately, my darling daughter has inherited my overweight genes and has struggled with her weight since she was 3 years old. Now at almost 12, she’s hit an all time high, and aside from the myriad of personal problems that wreaks in a little girl’s life, her health is also suffering.
We went to see a specialist last year, and revisited her recently. She kept my daughter’s medications at the same level, but introduced us to the South Beach Diet and said she wanted my daughter to start on it.
I’m doing it with her to give her motivation and support.
After my first full day on the program, I have to say…she’s doing much better than I am. I hate it. Of course, I’m a carb fanatic — carb lover — carb aholic. So, of course I hate it — the first two weeks are NO CARBS. Meaning, no bread, crackers, pasta, fruit, candy, cookies, cake, ice cream, frozen yogurt, sugar of any kind.
By mid day I had realized something dramatic–the difference between “not hungry” and “not satisfied”.
Today I was not hungry. But I was also definitely not satisfied. Which made me downright irritable. I found the food choices I had to stick with maddening, especially when my work ordered out for pizza, and I had to bring in a strawberry shortcake for an employee’s last day.
Now, at the end of the day, I am still not hungry, but my stomach hurts. You know that feeling of varied compression and release of your stomach when it’s growling? Well mine feels contracted without any of the release. It just aches. And I’m tired. And did I mention cranky?
My daughter, on the other hand, didn’t have any problem with the food choices and far less problems with the cravings. She did, however, mention (even before I did) that she too felt grumpy today and her stomach hurts as well.
But we’re doing it. We’ve got our special stickers up on the calendar for our first completed day. Hopefully, we’ll see the scale go down in another couple to keep us motivated.
If you have any low-carb/no-carb secrets, we’re all ears.
Posted in first days of dieting, losing weight, South Beach Diet

One Response to Switching Gears