RUNNING WITH A DANGEROUS CROWD

Lucas Simone is not the kind of guy you mess with. He’s big, he’s strong, and his eyes hint at a wilder side most women can’t handle. Of course, that’s because his predatory instincts are no metaphor—he’s a genuine Grade-A top-quality werewolf, tough enough to fight his way to dominance over the scariest pack on the West Coast. There’s only one chink in his armor. Unlike most alpha dogs, Lucas has a reputation for protecting the weak and innocent.

Sarah King is counting on that protective impulse—it’s the only thing standing between her and certain death. There are only two problems: one, she’s not quite as innocent as she’d like Lucas to believe. And two, if he doesn’t stop stoking Sarah’s animal lust, it’s only a matter of time before her own wild side gets unleashed… 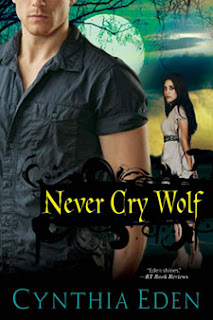 Hi, everyone! Thanks so much for checking out my post today—and a huge thanks to my awesome host Joan for inviting me over!

For this post, I want to talk about power. Power can come in various forms—and when you start talking about paranormal characters, well, power can sure mean many, many things.

The hero of NEVER CRY WOLF is a wolf shifter, the alpha of his pack. So, yeah, he knows a thing or two about power. You want protection, you want strength, then you turn to Lucas because he can generally kick butt.

When I wrote his book, I wanted to give him a heroine that would be just as strong as he was…just as powerful. But I didn’t want her to be a wolf. Instead, I created Sarah King to be a charmer. In my paranormal world, charmers are beings that can communicate with animals. (Think the cool snake charmers, but imagine that those guys actually talked to snakes like Harry Potter could. J) Sarah King is a charmer who can communicate with wolves, and while on the surface, it may seem like her paranormal gift doesn’t give her the same power that Lucas possesses, well, that surface glance would be deceptive. 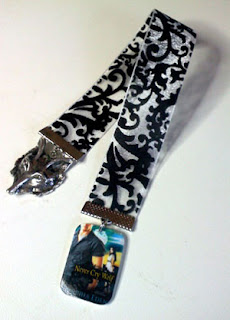 Remember the old line about how opposites attract? When I write, I like to give my characters opposite power characteristics. That tends to make things interesting. J When I wrote about my Ignitor heroine (a woman who could burn anything, any time), I paired her up with a demon who could control fire in ETERNAL FLAME. Opposite powers, but when those two got together, the sparks flew.

One random commenter will be picked to win a copy of NEVER CRY WOLF.