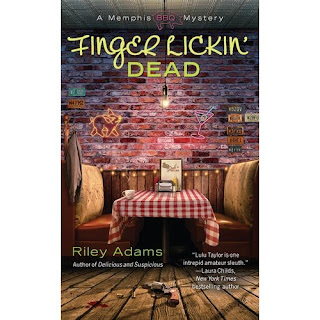 If you’re a writer and you’re on Twitter, you probably already know Elizabeth Spann Craig. She is the guru of writing related articles, scouring over 2000 blogs for the best info and posting links to them to her nearly 10,000 followers.


In relation to my last post (where you can STILL comment to enter a giveaway for a Barnes & Noble card) Elizabeth knows how to build good karma.


On TWITTER she goes by @elizabethscraig.
On the WEB, her blog has been named Writer’s Digest as one of the top 101 websites for authors.
And she writes under the psuedonym RILEY ADAMS.

I thoroughly enjoyed her first cozy released by Berkeley, DELICIOUS AND SUSPICIOUS, with its quirky characters, quick pace and twisting plot.  And I can’t wait to get my copy of FINGER LICKIN’ DEAD in the mail!


FINGER LICKIN’ DEAD: When an anonymous food critic blasts several local restaurants—including Aunt Pat’s—Lulu Taylor and her customers are biting mad, especially when they learn that Eppie Currian is the pen name of their friend Evelyn’s cheating boyfriend. When “Eppie” gets his own fatal review, the list of suspects is longer than the list of specials at the best BBQ place in Memphis.


To celebrate Elizabeth’s release, I’m giving away 5 copies of her book — your choice of Kindle or print — AND 5 handmade bookmarks I created especially for this book! 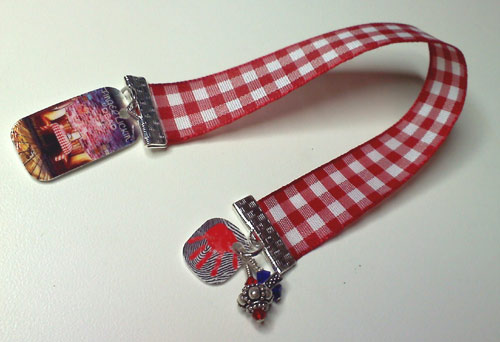 To enter for your chance to win a set of book and bookmark, just tell us here: What was the best mystery you’ve read lately?
(For an additional chance to win, tweet/RT the contest on twitter with #fingerlickindead in the message. I’ll be keeping track and adding your name into the hat a second time.)
Thanks for playing! Good luck!
Posted in authentic writing, cozy mysteries, delicious and suspicious, Elizabeth Craig, finger lickin' dead, Joan Swan, riley adams, writing articles