>(Don’t miss Margie’s mini-lesson in writing body language and dialogue cues at the end of this post.)

Margie Lawson touched my life long before I actually met her in person.

I tuned into on-line courses a few years ago when they were just breaking out, taking anywhere from 3 to 5 per month for about a year and a half.  I discovered a lot of useless information, some good instructors, but only a few outstanding courses.  Margie’s courses fell into the outstanding category.

Aside from being a cosumate instructor and extremely knowledgeable in her topics, Margie is empathetic and compassionate.  She is warm, understanding, accomodating and so extremely patient.

But the key that kept me going back to Margie’s courses was the way the information she shared in each class and the way she taught us to apply that information took my writing to a new level.  I know, without a doubt, Margie’s instruction brought my writing from good to publishable.

Margie is a true gift to my life in so many ways.  She’s gone from anonymous instructor to mentor and friend and I’m constantly reminded of how grateful I am to have not only crossed paths with Margie, but to have forged a lasting connection.

In her ever-generous style, Margie has offered TWO of her powerful lecture packets for giveaway today.  She’s also giving us a mini-lesson in writing body language and dialogue cues (see below).

If I could give any writer only one reference for writing instruction, it would be Margie Lawson. 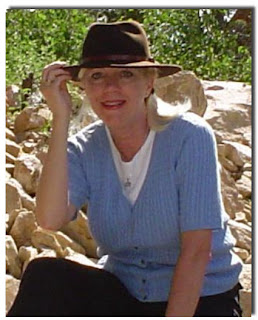 Up For Win Today:
2 Lecture packets.  2 winners will get to choose from the array of Margie’s Lecture Packets listed below:

“Em,” he said, swallowing, his voice just another shadow in the car. “Are you . . . is this about killing yourself?” And when Emily looked away, his lungs swelled up like balloons and the bottom dropped out of his world.

Closing the file folder, Boyle sank back and shot me the kind of look that would leave a bruise.

Lisbeth should be wearing a smile so wide, there’d be canary feathers dangling form her lips. Instead, she rubs the back of her neck as her front teeth click anxiously.

I smile when the rest of the class laughs, but Morley’s words have raised a welt on my heart.

I thought I saw Alan nod as I was talking. Alan’s nods weren’t much. Sometimes you’d need a motion detector to be sure he’d actually shifter his head. I’d developed the right radar while we were together. I could tell.

She was fidgety. Not pathologically so, like Jonas’s Uncle Marty. But Stevie was taut, like an overstressed string on a violin. She carried the tension of someone who just realized she’d run out of nicotine gum.

Dialogue Cues share subtext. They inform the reader how to interpret the dialogue. Dialogue cues are one part of writing nonverbal communication. They’re one part writers often overlook.

Since 38% of nonverbal communication is conveyed through paralanguage (how the words are delivered) in real life, it behooves writers to include a significant percentage of dialogue cues in their scenes, as long as they are written fresh.

Amplified, Cadence: His voice was rich, entrancing, a caress on her beaten spirit.

Incongruence: Her voice was dead calm, completely different from the fury and sadness she felt inside.

Volume: They haven’t been getting along so great since he lost his job,” she explained, after which her volume edged up to normal again.

Volume: “I really have to go,” I whispered, like I’d hurt ex-Hazel less if I lowered the volume.

Interpretation by POV Character: Mr. Evans chuckled, the sound as inappropriate to Charles as giggling at a hanging.

Amplified Simile: “Josie.” That sharp, half-whispered voice, the way you call a dog, to get it out of a room, fast, but she heard it.

Amplified: Sosi’s voice was squeaking — a sure sign she was nervous. The nuns at school always knew when she was up to something because she’d start sounding like Mickey Mouse.

Fresh: In her calmest pre-saloon-brawl voice, she said, “I don’t want any trouble.”

Hyphenated Run-On: A sort of I’m-too-dignified-to-openly-plead tone had crept into Alba’s voice.

Two Dialogue Cues: She kept her voice brisk, impersonal. “I’ll need to speak with him. You are welcome to be present, Mr. Bromley.” She put all the I Am An Agent Of The Law insistence she could in her voice.

Fresh Simile: “Listen,” he said in a voice that cut off the small talk the way a sharp knife takes the top off a banana. “I need a favor. A big . . .favor.”

Fresh: “I will get it for you. I promise.” His voice coming from a ragged place people liked to pretend didn’t exist.

“If you’re too damn busy to listen, then I wipe my hands of you.”

Jack didn’t bother keeping his dislike out of his voice. “Thought you already had.”

Fresh: His voice was so thick, he seemed to be having trouble squeezing his words out.

Using dialogue cue as stimulus and showing response: The low, smooth timber of his voice gave her belly an uncomfortable twist.

Humor Hit: She didn’t attempt to quell the duh in her tone.

Jaye Wells, THE MAGE IN BLACK

Simile: His voice was hoarse, like he’d smoked a dozen packs a day for a millennium.

Amplified: “Olivia . . .” he said on a long sigh. The murmur of her name in that deep voice soaked through her skin right to her bones. He sounded like an angel had pointed him toward a heaven he never thought he’d attain.

“Why are you making like a guidance counselor?” I could hear the venom in my voice, but couldn’t seem to control it.

Humor broadened his accent, exaggerating the roll of the r and the length of the vowels until it was almost unintelligible.

All the laughter and façade had gone out of his voice, and I knew Frank well enough to know that this was when he was most dangerous.

“Rafe,” I said, hurt. I was mostly faking it: there was an icy cut to his voice that made me flinch.

There was something in his voice, something precarious as the smell of petrol, ready and waiting to ignite at the first spark.

His voice didn’t sharpen, but it had an undertow that made my shoulders go up.

Hope this mini-lesson gave you an idea of just how Margie’s courses are PACKED with information!