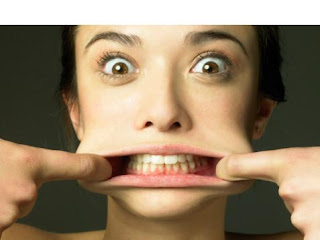 Today’s crime: Absurdity. They need more criminal activity in Chelsea, Vermont to keep those cops busy.
*****
Charges dismissed against N.H. woman who made faces at police dog [source]
CHELSEA, Vt. – A prosecutor dropped charges against a woman who was arrested for staring at and making faces at a police dog. After all, the prosecutor reasoned, the four-legged witness can’t testify.
Jayna Hutchinson was about to go on trial this week on charges of cruelty to a police animal and resisting arrest, but the case was dropped Tuesday.
“I think it was going to be difficult to prove her conduct changed the dog’s behavior,” Orange County State’s Attorney Will Porter said. “Most of the time (in harassment cases) people would come tell the court what it felt like. Dogs can’t do that.”
Hutchinson, 33, of Lebanon, N.H., was charged in July when police were called to a market to investigate a report of a brawl.
They were approached by Hutchinson, who said she had been assaulted the day before by one of the men involved and wanted to make a statement. Vermont State Police Sgt. Todd Protzman told her she seemed drunk and he would take a statement from her later.
After a heated exchange, she approached Protzman’s cruiser, where his dog, Max, was waiting. She put her face within inches of the window and stared at Max “in a taunting/harassing manner,” Protzman wrote in an affidavit.
Officers arrested Hutchinson, adding a resisting arrest charge because she pulled away from them.
“Prosecuting a woman for ‘staring’ at a police dog is absurd,” said her lawyer, public defender Kelly Green. “People are allowed to make faces at police dogs and officers to express their disapproval. It’s constitutional expression.”
Without the cruelty charge, jurors would be unlikely to convict her on the resisting arrest count, Porter said.
Posted in Absurd stories, Believe It Or Not

One Response to Believe It Or Not